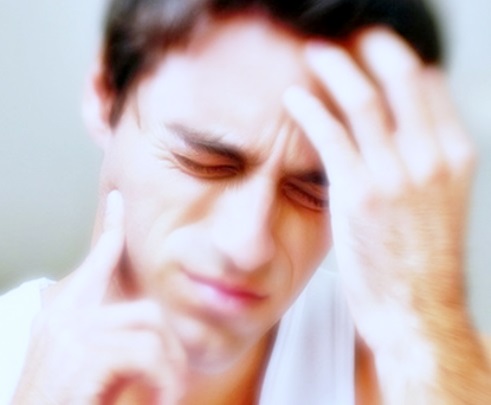 I’ve been meaning to share this tooth pain remedy for some time. Some months ago, I had horrible tooth pain in my left upper back molar. The pain felt like a raw nerve was exposed to the air and I suppose it was. When I used a torchlight to look at the tooth, I could see a big hole on the side of it.

I couldn’t think to do anything else except get it fixed right at that moment. The pain was so bad that I needed it done immediately. So I called a dentist near my home to book an appointment for the same day, and I was told the earliest free slot they had was more than a week away. There was NO WAY I could tolerate that kind of pain that long and still do all I need to do.

I knew of an old toothache remedy that called for crushed cloves, but the idea of sticking pieces of the spice into the hole when it felt like my nerves were screaming made me rethink that.

Desperate, I reached for castor oil.

I had NO hope that castor oil could help at all, but I was willing to try anything and the idea of applying oil to the hole didn’t make me cringe as bad as the cloves idea.

I used a small piece of folded up gauze and soaked it well in castor oil. I then carefully and gingerly placed this over the hole, tucking it between my tooth and inner cheek so it stayed there quite securely.

I still don’t believe it, and I’m shaking my head as I type this — my excruciating pain was gone within 5 minutes of using castor oil on it!

Over the next 2-3 weeks, I kept up the routine of putting a castor oil-soaked piece of gauze up against that hole on my tooth. I did this as much as I could during the day (which wasn’t very long because I had to talk on the phone for work and eat/drink etc) and throughout the night as I slept.

Unbelievably, after a few weeks, the pain was completely gone and has not come back since. The hole is still there, mind you, but there’s no pain at all.

I’m very, very thankful for castor oil for relieving my horrid tooth ache (and let’s not forget the myriad of ways it’s already helped me). If you’ve ever felt the kind of debilitating tooth pain I did, you’d understand how grateful you’d be to have the pain relieved.

p.s: My sister had some very bad gum pain last weekend and I told her about how castor oil on a piece of gauze had helped my horrid toothache before. But her pain was very different from mine — she said it felt like a tooth was trying to push it way out of her gums, which was swelling and inflamed. It sounded nasty and I wanted to help her, but because her tooth pain was due to something different, I was worried it might not work at all and warned her so (I didn’t want to get her hopes up for nothing). But she’d been taking painkillers the last couple of days with no end in sight to the pain, and said the dentist was too expensive, so she tried my suggestion.

It was lucky she did because it worked! Her pain eased a lot within 5-10 minutes, and after just a few days of using it while she slept, her tooth pain has completely gone and not returned.

If you’re having tremendous tooth pain and can’t make it to the dentist in time, I do urge you to give this strange little remedy a try.

[UPDATE: I’ve since filled in the hole on the side of my molar myself with some temporary filling that my sister bought online. Amazing what they sell nowadays! The hole still didn’t hurt at all, but I was glad to fill it in as sometimes small bits of food would get lodged in there. ]

This site uses Akismet to reduce spam. Learn how your comment data is processed.

How to support this site

If you use an adblocker, please consider whitelisting this site (or if you use Firefox, please consider disabling tracking protection). Just allowing the ads to load on your browser means a lot to me. Thank you!

Use code NUR428 at checkout or simply click this link for a 10% discount on your 1st order or a 5% discount if you’re a returning customer.

If you use this code, you would also be helping me, and I am very thankful for that.